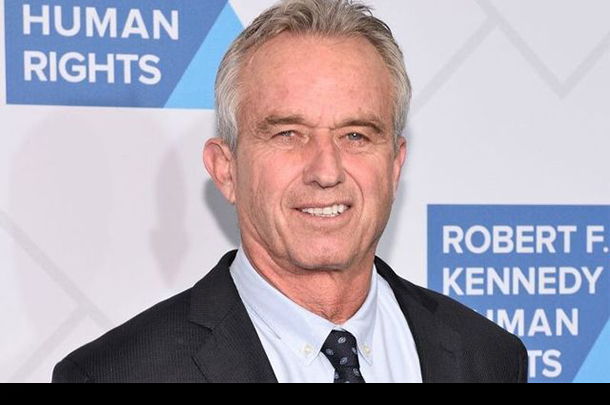 I would like to draw your attention urgently to important issues related to the next Covid-19 vaccination. For the first time in the history of vaccination, the so-called last generation mRNA vaccines intervene directly in the genetic material of the patient and therefore alter the individual genetic material, which represents the genetic manipulation, something that was already forbidden and until then considered criminal.

This intervention can be compared to genetically manipulated food, which is also highly controversial. Even if the media and politicians currently trivialize the problem and even stupidly call for a new type of vaccine to return to normality, this vaccination is problematic in terms of health, morality and ethics, and also in terms of genetic damage that, unlike the damage caused by previous vaccines, will be irreversible and irreparable.

Dear patients, after an unprecedented mRNA vaccine, you will no longer be able to treat the vaccine symptoms in a complementary way. They will have to live with the consequences, because they can no longer be cured simply by removing toxins from the human body, just as a person with a genetic defect like Down syndrome, Klinefelter syndrome, Turner syndrome, genetic cardiac arrest, hemophilia, cystic fibrosis, Rett syndrome, etc.), because the genetic defect is forever!

This means clearly: if a vaccination symptom develops after an mRNA vaccination, neither I nor any other therapist can help you, because the damage caused by the vaccination will be genetically irreversible. In my opinion, these new vaccines represent a crime against humanity that has never been committed in such a big way in history. As Dr. Wolfgang Wodarg, an experienced doctor, said: In fact, this “promising vaccine” for the vast majority of people should be FORBIDDEN, because it is genetic manipulation! ”

Note: messenger RNA or mRNA is the ribonucleic acid that transfers the genetic code of the DNA of the cell nucleus to a ribosome in the cytoplasm, that is, the one that determines the order in which the amino acids of a protein bind and act as a mold or pattern for the synthesis of that protein.

Vaccine COVID = IRREVERSIBLE GENETIC DAMAGE – A CRIME AGAINST HUMANITY.
DOES CORONAVIRUS EXIST OR NOT?

1. DOES THE VIRUS EXIST?

Yes, if you use the proper medicines and do not leave your health in the hands of corrupt and mercantile health systems.

3. ARE THERE GOOD DOCTORS?

Yes and many, some are acting discreetly giving appropriate treatments, others have been bolder and there are many videos in the networks talking about these treatments, and many have been threatened, disqualified or silenced.

Yes, and there is a world union calling for more doctors and scientists called Doctors and Scientists for Truth, to expose the falsity of the treatment they have given to the bug issue.

No. The WHO changed the term that referred to the pandemic, before the bug was launched in order to end the pandemic.

7. IF I CATCH THE VIRUS, DOES IT MEAN THAT I WILL DIE?

No. If you have symptoms, just take the appropriate medicine from the first day (strengthen the immune system, take anti-inflammatory and anti-influenza) and cure yourself at home.

Yes, being as clean as you should be, and maintaining a high immune system. And you also have: Ozone Therapy, Chlorine Dioxide with the preventive protocol.

9. ARE THE COUNT OF INFECTED AND DEAD BY THE VIRUS CERTAIN?

No. In the USA it was discovered that any data, would be in fact 10% of that number, because the causes of deaths were other diseases, and the tests are not reliable, they give false positives.

10. ARE ASYMPTOMATIC REAL CASES OF POSITIVES?

The human being has many microorganisms and viruses in the body and this does not mean that you are a sick or infected person, or that you have the virus, however, the viruses that are supposedly “so aggressive” present some symptoms in the patients because the body releases alarms from an intruder (fever, headache, vomiting, etc.) and according to Koch’s theory the answer is NO.

Yes, in a laboratory.

To be the excuse to restrict freedoms, to change the current economic system to a more oppressive / enslaving, scary, blind flock obedience.

14. ARE MANY COUNTRIES PART OF THIS MALICIOUS PLAN?

Yes. And all those who contributed to the deaths and the plan will fall, and they will pay for what they did.

No. Fear diminishes your immune system and makes you mentally controllable.

Yes. The owners of the media are accomplices. This is called mind control.

You protect yourself, and if you get sick you already know how to heal yourself at home, or with your trusted doctor who will not commit to the abandonment protocol.

19. SHOULD I BE VACCINATED?

No. If you get healthy, vaccines bring chemicals, heavy metals and a series of “bugs” that will only affect your health more in the medium and long term, both physically and mentally. It’s your body, and it’s your right to decide about it, and about your physical and mental health. Would you trust a vaccine after a virus has been created to exterminate humanity?

Yes! And we will be victorious! We need to stay together and wake other people up, giving a lot of information.

“Forced to wear a mask, but not to shut up.”

***
About the author: Robert F Kennedy Jr is the son of the former U.S. Attorney General under his brother President John F. Kennedy. In his work as a vaccine injury lawyer Robert Jr. has produced the suppressed vaccine documentary, ‘VAXXED’ and the Informed Consent Action Network (ICAN). He is also the founder and attorney for Childrens Health Defense.