Leaked Health Ministry probe raises concerns as 62 cases of myocarditis found out of 5 million vaccinated — most after second dose; 2 deaths, but no direct link established

Details from an unpublished Israeli Health Ministry report into the side effects of the Pfizer-BioNtech vaccine have raised concerns that there could be a link between the second shot and several dozen cases of myocarditis, an inflammation of the heart muscle, particularly in men under 30, Channel 12 reported Friday.

The concerns come from an intermediate report that was presented to ministry heads and to Pfizer in recent weeks, the TV report said. Excerpts from the leaked report stressed that investigators had not conclusively proved a link, but that they had significant concerns.

The report said that out of more than 5 million people vaccinated in Israel, there were 62 recorded cases of myocarditis in the days after the shot. It found that 56 of those cases came after the second shot and most of the affected were men under 30.

The report said that 60 of the patients were treated and released from hospital in good condition. Two of the patients, who were reportedly healthy until receiving the vaccination, including a 22-year-old woman and a 35-year-old man, died.

“The findings were presented to the Pfizer company who replied that they had not had similar reports in the rest of the world and would examine the data,” an excerpt from the report said, adding that the details had also been sent to the US FDA and CDC, who were also investigating. 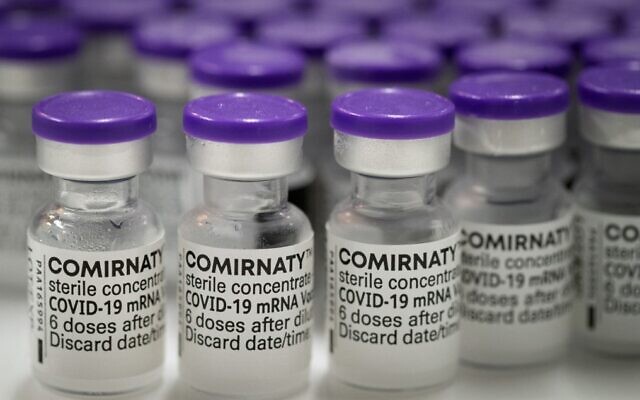 Vials of the Pfizer/BioNTech coronavirus vaccine are seen in a cold room before being packaged for shipping, at a warehouse in the Paris suburbs, March 30, 2021. (Joel Saget/AFP)

The report was authored by senior ministry officials led by Prof. Dror Mevorach, head of one of the COVID-19 units at Hadassah Hospital Ein Kerem.

The authors surmised that “one possible reason for lack of similar findings in other countries was the low rate of vaccinations among young people.”

“There is specific concern regarding the frequency of the occurrence observed in men under 30 in the days immediately after the second shot,” they wrote.  “At this stage, according to initial findings that still need to be verified, there is an impression that the number (of cases) is higher than would be expected, especially for those under 30.”

“We cannot yet tell if there are more cases than normal or if there are similar numbers annually and the proximity is just a coincidence. Efforts to collect more data are continuing,” the report said. 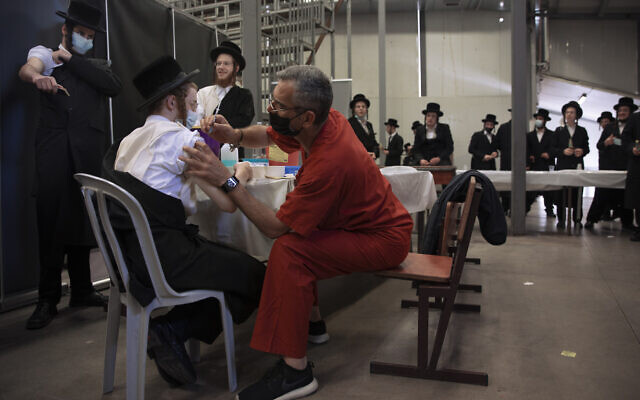 An ultra-Orthodox Jewish man receives his second dose of the Pfizer-BioNTech COVID-19 vaccine at a coronavirus vaccination center set up at a synagogue in Bnei Brak, Israel, March 7, 2021. (AP Photo/Oded Balilty)

“At the moment we believe that the vaccination plan should proceed as normal for those over 16. However, it should be noted that there is a possibility that we will see the same results in vaccinations of those aged 12-15,” it cautioned.

Israel is looking to press ahead with vaccinating those under 16 as soon as the shot is authorized.

On Thursday, the Jewish state passed the milestone of over 5 million people having received both vaccine shots.

The TV report came as Israel marked its first day in 10 months with no new COVID-19 daily deaths reported.

In data released Friday, the death toll remained unchanged from the day before at 6,346. The last date there were no new fatalities was June 29, 2020, when morbidity levels remained subdued following the initial coronavirus wave.

The ministry said of 35,027 tests performed Thursday, 129 new cases were recorded, a positive test rate of 0.4 percent. The country has logged 837,892 confirmed infections since the pandemic began.

The number of active infections fell further, to 1,850, with 157 patients in serious condition, including 82 on ventilators.

Israel has seen a sharp drop in daily mortality and infection rates since the pandemic peaked in late-January, as the country pushes forward with its world-leading vaccination drive.

“This is a tremendous achievement for the health system and Israeli citizens. Together we are eradicating the coronavirus,” Health Minister Yuli Edelstein tweeted Friday.

Israel’s vaccination program, which is based on the Pfizer-BioNtech two-shot vaccine, has seen it maintain the highest per capita inoculation rate in the world since it began in late December.

The country is preparing to start vaccinating children aged 12-15 as soon as the US Food and Drugs Administration approves vaccine use for children in that age bracket.

Health Ministry Director-General Chezy Levi said Thursday that once that age group has been vaccinated, the country will reach herd immunity and there will be no need to inoculate younger children, according to the Kan public broadcaster.

Also Thursday, the Health Ministry issued a travel warning to seven countries caught in a wave of virus infection, citing concerns of possible coronavirus strains that may be more resistant to vaccines.

The ministry further said all Israelis, including the vaccinated and recovered, should generally avoid any “unnecessary” international travel altogether. 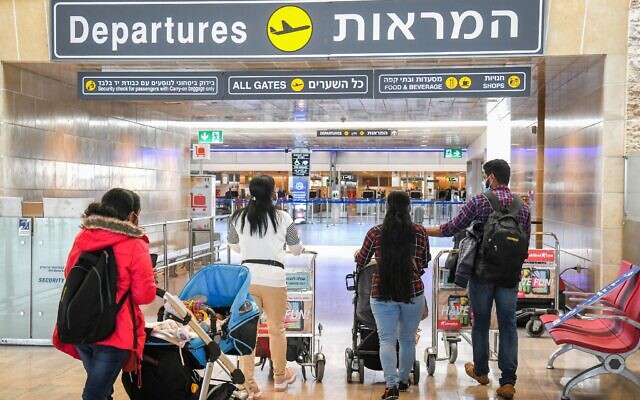 The warning came as health officials express concerns over a new mutated strain detected in India, which is dealing with one of the worst outbreaks since the pandemic began in 2019.

As infections have dwindled, Israel has rolled back restrictions on public life, including lifting the requirement to wear face masks outdoors, which ended on Sunday.