Ghislaine Maxwell, Jeffrey Epstein’s former girlfriend and confidant, was found guilty on five of six counts related to the trafficking of young girls to be sexually used by the ex-financier and his high-profile friends.

The jurors reached a verdict on Wednesday after they began deliberations last week after six hours of closing arguments and a rebuttal.01:15/02:23 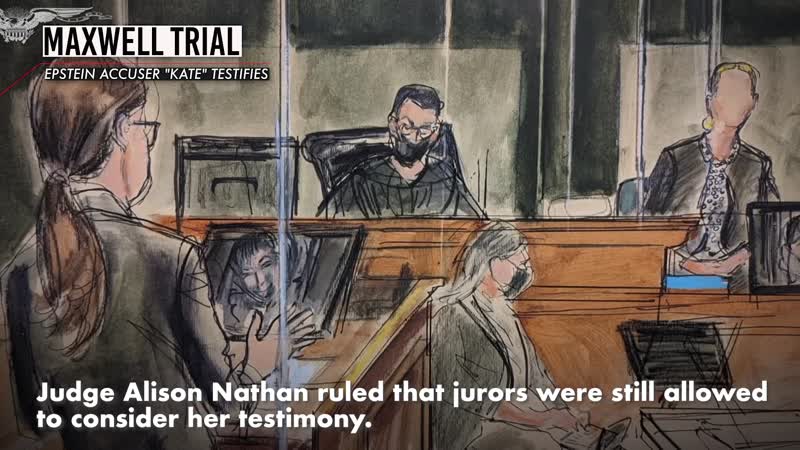 The British socialite, who turned 60 on Christmas, pleaded not guilty to six criminal counts, including “transporting a minor for the purposes of criminal sexual activity,” “conspiring to entice minors to travel to engage in illegal sex acts,” and perjury related to statements she made in 2016.

She also categorically denied accusations from four women who said they were teenagers, one as young as 13, when Maxwell conspired with the wealthy New York money manager to recruit, groom, and sexually abuse them.

The one count on which she was found not guilty was the enticement of an individual under the age of 17 to travel with intent to engage in illegal sexual activity, a crime for which the maximum sentence is five years in prison. The other counts have maximum prison sentencing spans ranging from five to 40 years.

“A unanimous jury has found Ghislaine Maxwell guilty of one of the worst crimes imaginable — facilitating and participating in the sexual abuse of children. Crimes that she committed with her long-time partner and co-conspirator, Jeffrey Epstein. The road to justice has been far too long. But, today, justice has been done,” U.S. Attorney Damian Williams said in a statement.

“I want to commend the bravery of the girls — now grown women — who stepped out of the shadows and into the courtroom,” Williams added. “Their courage and willingness to face their abuser made this case, and today’s result, possible. I also want to thank the career prosecutors of the Southern District of New York, who embraced the victims’ quest for justice and have worked tirelessly, day in and day out, to ensure that Maxwell was held accountable for her crimes. This Office will always stand with victims, will always follow the facts wherever they lead, and will always fight to ensure that no one, no matter how powerful and well connected, is above the law.”

Maxwell’s defense attorney said she had been vilified and unjustly accused by prosecutors and an angry public who want to see someone punished for Epstein’s crimes.

Epstein was arrested in July 2019 and charged with sex trafficking and conspiracy for allegedly abusing girls as young as 14. He pleaded not guilty to the charges before he was found dead in his Manhattan prison cell in August. His death was ruled as a suicide by the New York City medical examiner’s office.

Maxwell was arrested a year later and has been behind bars at a Brooklyn detention center ever since. Judge Alison Nathan has repeatedly denied her bail requests, despite her lawyer’s arguments that the pledge of her $22.5 million estate and around-the-clock monitoring would guarantee her appearance in court.

In their case, prosecutors argued Maxwell was central to Epstein’s sex-abuse scheme and actively participated in lewd acts with minors.

“It is crystal clear that Maxwell knew about and was deeply involved in Epstein’s sexual abuse of children,” Assistant U.S. Attorney Alison Moe said during closing arguments. “Maxwell was key to the whole operation.”

Prosecutors also accused the duo of targeting young girls who were emotionally troubled, including one whose father had recently died and another who had been molested by her grandfather when she was 4 years old and whose mother was an addict.

They said while it would be difficult for a much older man like Epstein to approach the juveniles alone, having Maxwell there gave him cover.

Moe called Maxwell a “sophisticated predator who knew exactly what she was doing.”

The prosecutor also pointed to the testimony of four alleged accusers, who shared similar stories of Maxwell being an active participant.

“[Maxwell] ran the same playbook, over and over and over again, as she exploited young girls,” Moe said. The playbook was strikingly similar to how sexual predators “groom” their victims for abuse, she added.

Moe also cited financial records that showed Maxwell received $30.7 million from Epstein between 1999 and 2007, as Maxwell is accused of recruiting girls between 2004 and 2007.

“Your common sense tells you, you don’t give someone $30 million unless they are giving you exactly what you want,” Moe said, adding Epstein wanted “to touch underage girls.”

Maxwell’s lawyer Laura Menninger pushed back on the alleged payoff and said prosecutors were speculating what the money was for and said Maxwell was not the only one who had access to the account.

“Speculation is not evidence,” she said.

Menninger also questioned the credibility of the four accusers who testified — Jane, Kate, Carolyn, and Annie Farmer — and suggested they embellished their stories for large financial settlements for Epstein’s victims. Menninger also cited the testimony of memory expert Elizabeth Loftus who said people could have “false memories” of traumatic events.

There had been some courtroom buzz that Maxwell would take the stand in her own defense, but she told Nathan on Dec. 17 that “the government has not proven its case beyond a reasonable doubt, and so there is no need for me to testify.”

The defense wrapped its case in two days. They initially indicated they may call up to 35 witnesses, but in the end, they only called nine.

Prosecutors rested their case after two weeks and 24 witnesses.

Evidence in the trial, which included 900 exhibits, a trove of X-rated pictures, and flight logs from Epstein’s private planes, outed some of the famous couple’s friends.

Former Presidents Donald Trump and Bill Clinton, business mogul Bill Gates, and actors Kevin Spacey and Chris Tucker were among the people who flew on Epstein’s planes and traveled in his orbit. They have not been accused of any sexual wrongdoing in the case.

Maxwell faces another criminal trial, possibly next year, for two counts of perjury.